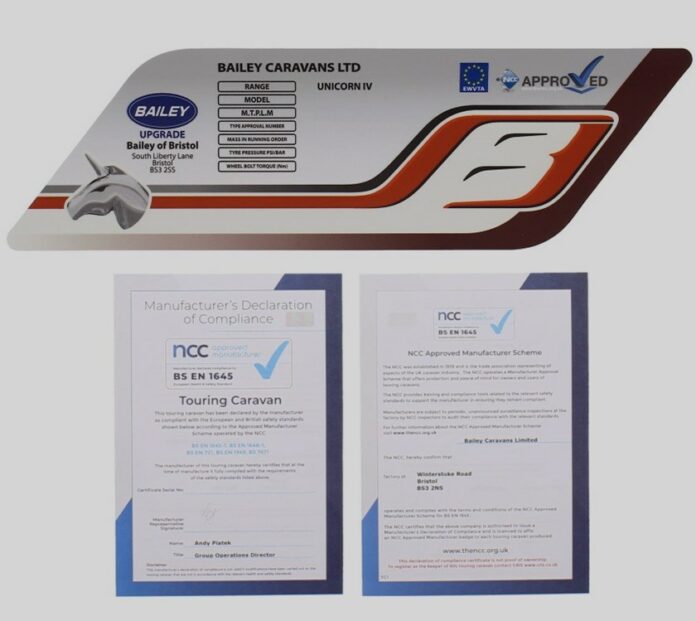 As with pretty much all industries, the caravan industry does love an acronym. On the subject of the weight of a caravan there are a few, which, no the uninitiated, the meaning is not obvious.

MTPLM. Maximum Technically Permissible Laden Mass. Now, from reading that, can you figure out what it means? Hmm. Anyway, there are links to other articles talking about MTPLM, for now, it means it’s maximum your caravan can weigh.

What is an MTPLM Upgrade Kit

As the name suggests, it’s a kit to upgrade your MTPLM. So, it’s a kit that allows you to carry more stuff in your caravan, that’s good, isn’t it? Well yes, of course, that’s good. It means you can take more stuff on holiday. Naturally, it isn’t that simple, but for the purposes of this article, we’ll leave it at that.

Your caravan will have a sticker on the side, probably near the door which has a number of figures on it. One of which is MTPLM. Now, if you were to get pulled over by the authorities, they could, in theory, take you to a weighbridge, weigh your caravan, then if it weighed more than this MTPLM, they would slap your wrists and hit you with a fine. OK, that’s fair, it would be dangerous to you and other road users if you’re towing a caravan which is heavier than the permitted weight.

How Can You Avoid Being Overweight?

Upgrading the MTPLM sounds like an expensive thing to do. Surely they need to upgrade the suspension, or somehow reinforce the chassis. I mean if you want to increase your payload by, say 100kg, then something structural needs doing surely?

Well, I’ve been researching this and never really thought of doing it before, although I knew of it as an option. I was preparing information for a vlog I was doing, discussing all things caravan weight. I stumbled across the MTPLM Upgrade Kit whilst double-checking some facts.

As we own a Unicorn I had a look at the MTPLM Upgrade kit from Bailey. I could hardly believe my eyes. I could add an extra 118kg and it would only cost me £59.99. What a flipping bargain, in fact, it’s the bargain of the century surely!? It’s all my birthdays come at once, it’s like having Christmas every day. Ok, I’ve overdone it, I know.

I added it to my basket, I couldn’t believe my luck. Maybe they’ve got the price wrong, I’ll buy it quickly! But I didn’t, I stopped and read what I was actually getting. I’ll just add here, this isn’t unique to Bailey, other manufacturers also do a similar thing.

As you can see from above, it’s a sticker and two certificates. Hmm. I looked again before I clicked on the “checkout” button. I started to think, my thoughts went something like this.

“Hang on, it’s a sticker. So my caravan’s actual MTPLM is 1800kg, even though my current sticker says 1682kg. So why put a lower one on? Why not ask me, when I purchased the caravan if I wanted to 1800kg? Who wouldn’t want? Maybe something to do with licensing? Or maybe the weight of the tow car?”

So, similar things were running through my mind, wondering why I was sold a caravan with a lower than max MTPLM sticker? The sticker is telling you what you’re allowed as a maximum weight, in my case 1682kg, but the chassis max is 1800kg.

There’s a saying which goes “whenever someone says it’s not about the money, it IS about the money”. But really, in this instance, it isn’t about the money. “Well then, shut up, pay the 60 quid and get on with your life”, I hear you cry. Most of the time I would do exactly this, but I was looking further into it trying to get a better understanding of caravan weights etc and this just seems such a weird thing.

You pay extra to get a sticker that tells you (and the authorities) that you can load the caravan up with an extra 118kg. I don’t even know if I need it? What if I don’t buy it, I get pulled up and my MTPLM weighs in under 1800kg, but above 1682kg that my stickers says? I’m legally still ok surely, as my chassis is designed to take 1800kg, I know this as I can buy a sticker.

OK, it’s hardly the crime of the century, but really….

I haven’t bought the sticker, but it’s in the back of my mind quite often. I’m sure if I was weighed and I was actually under 1800kg, the fact that I haven’t got a sticker shouldn’t matter…Should it? 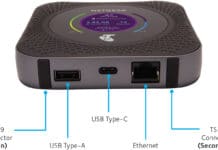 How To Get Internet in the Caravan or Motorhome 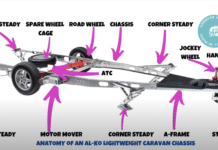 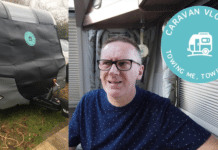 Buy me a coffee!
print