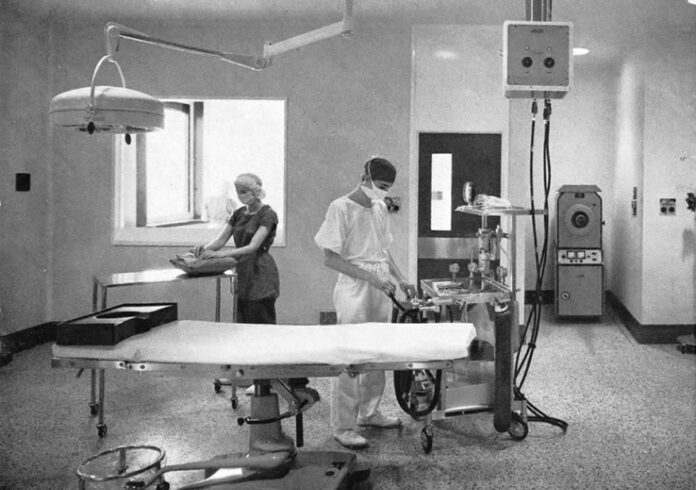 As mentioned in my last blog entry I’ve been suffering from an enlarged prostate. This is something that affects the majority of men over 50 in varying seriousness.

My symptoms were getting up four or five times a night to pee.

Anyway, that was a month ago since then I’ve been making my way through life with a catheter. It’s actually been getting easier to live with and after some trial and error, I have it comfortable enough that I can do most things day to day. With the exception of bending down, which, without being painful, is uncomfortable.

I had an appointment to have a cystoscopy. This is a camera in the bladder and there’s only one way in. I’ll say here and now, it’s certainly uncomfortable. I won’t go into too much detail, but just explain what happens..

There was an issue with my PSA reading on the blood tests. They are unsure why they would be high. It suggests Prostrate cancer, although my prostate, on examination from 4 (FOUR) doctors doesn’t seem cancerous. So, it could be the bladder, at least I think that’s the thought process. I’ve read PSA is not an accurate sign, or at least not a reliable indicator of cancer. Anyway, they wanted to have a look inside my bladder, just to make sure there were no surprises. I’m actually beginning to think that Doctors use it as some sort of practice, you know; “Oh get him on the table I can practice my skills with the old cystoscopy.” Much like pilots have to fly a certain amount of hours a year, I believe Doctors have to keep their hand in with certain instruments.

Day of the Cystoscopy

I had to go to a different hospital, I mean different from my local one. I arrived and was sent to a waiting room. There was me, Mandy and about 30 older men, aged 70 plus I’d guess, all drinking water. It turned out they were all there to have their flow tested, so were all drinking trying to get to the stage where they wanted to pee. The guy sitting next to us told us he normally pees every 15 minutes and hadn’t been for more than 2 hours. “Stagefright” shouted someone helpfully.

A nurse came in and called my name. I put my hand up, like I was at school. “Do you have your sample?” she asked. I’d been asked to take a urine sample. I explained I had a catheter, I assumed, as I was in reality as walking pee sample, they could just take some from the bag. “Fresh this morning”. Nope, that wasn’t ok. I was lead to the toilet where a nurse tried to siphon some pee from the bladder side of the catheter. By the way, I don’t mean siphon like you might petrol from a car tank, she had a syringe. All she actually managed to do was to suck air from my peeless bladder and it hurt! Actually, she managed to get a couple of dribbles and I think that was enough. Other men were passing the nurse tubes full up with dark orange pee, not me though.

I went back to the waiting room where 70 year old men tried to drink enough water to make them pee.

Another nurse called my name, oh dear, it’s my turn. I was lead to a door and followed the nurse through. There was a double curtain, so I was unable to see much into the room that was just the other side.

I was instructed undress and put on a hospital gown, leaving the back open. I then went through to the other room to be faced with an operating theatre, which I have to say I wasn’t expecting. I stopped briefly and the nurse gently pushed me forward.

“Are you allergic to anything?”, asked the nurse.

“I don’t really know, I have a vague memory as a child being told I was allergic to penicillin” My memory also tells it my Mum told the Doctor this because I didn’t want to have to swallow the large tablets.

“Can you confirm your name and date of birth”, asked another nurse. This nurse worried me a little bit she had glasses on that were very large and tinted, they looked a little like safety glasses. Not as big as the ones surgeons use to protect them from blood spraying everywhere. So I was a little unnerved.

I replied with my name and dat of birth. “Are you allergic to anything?” The other nurse had asked me this like one minute ago, was this some sort of joke? No, I know they’re trying to distract me, I know their game!

“Not that I know of,” I answered

“I thought you said you were allergic to penicillin”

Just my luck, the catheter had to come out. I was convincing myself it would make sense to keep it in.

“Not for long though” was the reply. Thanks.

So anesthetic was squirted down my urethra, which feels like a cooling gel. At each stage, the doctor told me what he was doing.

“The camera is going in, you might feel some discomfort as it passes the prostate”

“Ouch”, I cried almost the second he stopped his sentence. It was uncomfortable, it was a bit painful, like having a full bladder and not being able to pee. I can do this, just relax try not to overthink exactly what’s happening and don’t look down. Oh whilst you’re not looking at things don’t look at that TV screen. I’d rather watch one of my own vlogs!

“Hmm, if you look at the screen you’ll see a lesion on the wall of your bladder.” Of course, I looked. Oooh

I’m laying there thinking, please don’t explain it to me now get that flipping camera out as soon as you can please. The doctor is giving me a running commentary of what “we” are now seeing. I return to staring at the ceiling and the camera is withdrawn.

So the doctor thinks it might have been caused by the catheter, but it could also be cancer, I guess. The plan now is to do a biopsy. We’re hoping that the surgeon that does the Operation will, at the same time, do the stuff with the prostate, otherwise, I’ll need two operations.

A new catheter was installed and I was lead to my clothes got dressed and went to meet Mandy.

As things stand my prostate operation is scheduled for next month, just witing a date. However, the bladder issue complicates things a little. I might have to have the bladder biopsy first, then wait a while for the prostate one. However, they may be done at the same time.

One good thing about having the Cystoscopy, I have no fear of the next operation, as it’s basically the same but with me under general anesthetic. 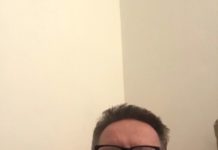 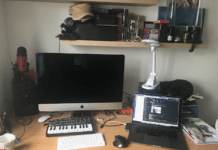 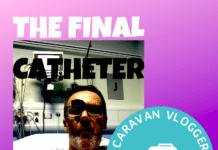