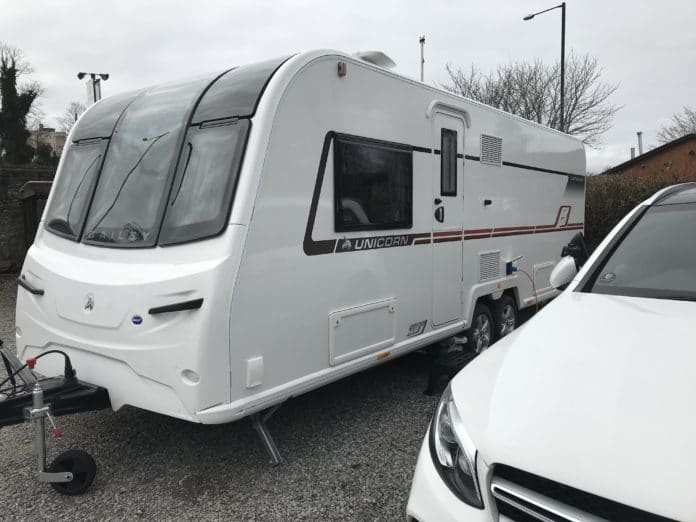 Advertisement
print
No doubt the photo here is a bit of a spoiler alert.

In the last post we had been informed our car was fixed and I’d gone to pick it up. Once collected, which is a story in it’s own right, we hooked up our 2011 Sterling Eccles Ruby that we’d had for three years and made our way a dealership in Bristol.

The hand over was a bit of a stressful event, I’ll not name the dealer, as it’s unfair. They were very polite and helpful but they hit us with a bit of a sledgehammer and reduced the amount they’d offer us for our van as a part-ex. Now, I have to say, there was some damp in the bathroom, which I had explained on the phone. I’d bought a damp meter (dampometer?) so that I could give it a good looking at.

My damp meter was reading around 23% at the worse part and the wallpaper had started to “pimple”.

Anyway, they felt it was riddled with damp, not something I was really prepared to argue about although I’m pretty sure it wasn’t. BUT there was damp and we did leave ourselves open to being taken advantage of. The one thing we could have done was got the damp repaired and then part-ex’d or sold private.

Which reminds me, we sold our last caravan privately, we had a German van (Knaus) which we drove to Germany to collect. We ended up selling it to an English guy living in Germany who drove to the UK to collect, doing the exact opposite to us, how weird is that? I think the fact that the Euro had completely flipped on it’s head in the time we had it,  when we bought it the exchange rate favoured us and when we sold it favoured him. We almost broke even on that one, not something that we were now doing with our second caravan.

So, after a little conversation and a cup of tea, things are always better after a cup of tea, aren’t they? Well, no not really, but, we decided we wanted the van and it would be more hassle selling private, we signed on the dotted line and now own a Bailey Unicorn Cartagena. I’ll do a full review of it once I’m used to how everything works, but for now, here’s a little taste in the photo here.. There are not many photo’s of vans at night, more’s the pity, this is really well lit.

It was taken on our first night just shortly after collecting in from the dealer, we stayed in Bristol at the Caravan & MotorHome Club’s “Baltic Wharf”. 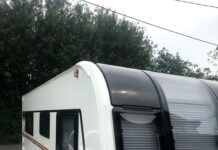 Preparing For A Trip Abroad 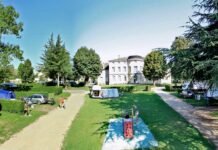 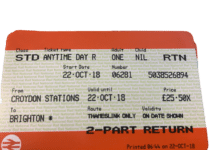 Commuting From A Caravan