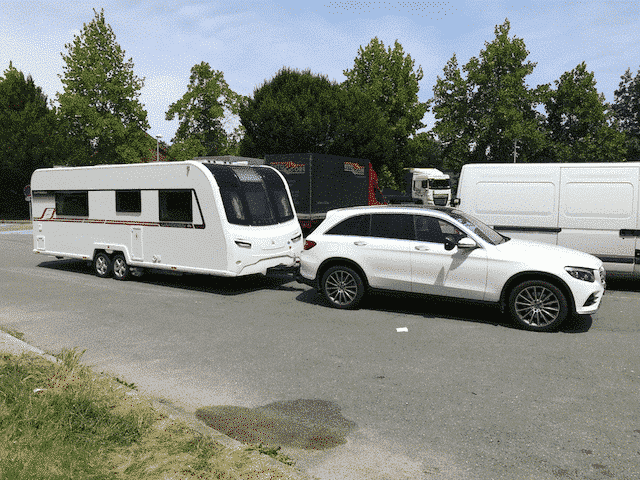 Advertisement
print
I say part one, there should of course be a part zero. I mean how did we get to Calais in the first place, I hear you whisper.

Well, that’s for another post, this one is about how we got to our first stop just north of Limoges.

I’ll start with the ferry arrival which was 06:00 local time on a Sunday morning. I’d planned to sleep most of Saturday at home, but we have motor

mover issues, the bloody thing wouldn’t work AND we had tickets to see the Foo Fighters at the London Stadium Saturday evening. So, we had a whole year to plan and ended up in a mad panic before leaving home at about midnight, without me sleeping a wink.

The ferry crossing was great and before we knew it we were driving along a French autoroute heading South. Hurrah.

We’d decided to just make as many stops as we needed and just arrive whenever we arrived. We pulled over to a couple of Aires, but, most were full of British ‘vans obviously sleeping over. We’d thought about doing this on the way down, we did it last time but stopped in a large service station, or as the French call them “Station Service”, they would. In our experience (that’s two visits to France now) Aires fill up really quickly, and quite early, I mean probably before 16:00, so finding a space isn’t always easy. The few Aires we stopped at we looked at them as potential stopovers next time, then forgot to write them down or take a mental note, so we’re none the wiser now.

I needed a couple of tanks full of diesel to get down to the first campsite “Camping le Château de Leychoisier” which we booked via the Caravan Club website. Filling up is easy enough in French most take cards at the pump, I used a Nationwide Flex Account Visa perfectly OK. A couple during the journey were pay at kiosk, so I always park at a pump number I know in French. When I say know, I mean one I can easily remember. I struggle with 5,6,7 and 8 oh and anything10 or above 🙂 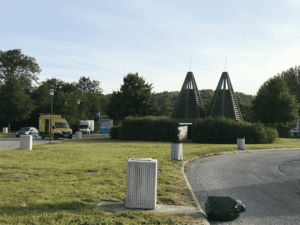 In fact as the holiday progressed and my pronunciation improved, the cashier would babble on at me in French, offering me some special deal on chewing gun, maybe buy one get one free.

At which point they ignore you. Hmmm. Still, I’m taking French lessons this year, online, so I’ll be able to converse with the verbal skill of a 5 year old by them.

The best thing we did was get a liber-t tag, now called emovis if you get them through the Caravan Club, you don’t need to pay the 10 euros. You will need to pay £24 deposit for the tag and then 6 euro for each month you use it, max of 10 euros a year (I think). But, it allows you to drive up the the lane and the barrier just opens once it detects the tag, which you attach to your windscreen. We never queued and the last time we went we had all sorts of issue getting the car & caravan near enough to the ticket machine to get the ticket, one time I even scrapped the caravan when I got too close!

I digress, we arrived at our campsite after about 9 hours driving from Calais

I’m fonder of it looking back than I was at the time. I think when you’re tired you see all the bad things. The toilet blocks weren’t great lots of flies and when I sat on the loo my knees touched the door, not something I liked (I’m 5’10”). I liked the staff, the man on reception could speak a bit of English, but I had been listening to Michel Thomas French CD’s so I wanted to give French a go. I’d been practicing “We have a reservation” in my head all the way down..

“Bon jour, nous avons une réservation” Come on get in!

Fantastic my first ever French conversation. You see we were taught German at school, I was born in Germany. Sorry, that was a poor joke. But I _did_ learn German in school, so I didn’t even have school French to lean back on.

Of course, now I’ve started talking in French I got a bit carried away. I think he asked if we’d like to order bread for the morning. Once we’d said “deux croissants une baguette”
, I stupidly asked what time do I collect it. Well, actually I said vaguely.

His reply wasn’t just a number, mind you I was really hoping it was 9. Anyway he said something and I said

“Oui je comprends”, why did I say that?! I didn’t understand.

“Bon petit déjeuner”, he said as I left.

I don’t know why I had to tell him I understood. Actually I do know why because petit déjeuner had been one of my favourite French phrases (it means breakfast). I just thought it was such an elaborate way of saying breakfast, and I remembered it!

After breakfast we left on our way towards Carcassonne. 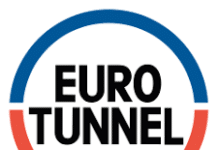 Taking A Caravan on the Chanel Tunnel

Taking A Caravan On A Ferry

Cost of Caravanning in France