Swift Sprite caravans are Swift’s entry level model, but of course Swift don’t like to call them that. I personally don’t think calling something “entry level” means it’s cheap and nasty. Every caravan manufacturer has different level of trim and different levels of equipment. If you’re in the market for a new caravan you’ll have a budget and Swift Sprite Caravan’s allow you to own a new caravan and be able to spend less.

Anyway, that done with lets look at Swift Sprite Caravans in more detail.

It’s difficult to write an article about a new caravan and not slip into caravan salesman speak. For example I was going to start this paragraph with the words “Whatever you requirement Swift Sprite Caravans will have something to suit your needs” However, I changed my mind as that makes it sound a bit like I’m sponsored by Swift, which of course I’m not.

You really know the price level you’re dealing with when Swift list a Microwave in the list of things it has. I’m not knocking the Sprite, they are the best-selling caravan range in the UK, so Swift are doing something right with these caravans that’s for sure.

There are seven layouts in the Swift Sprite Caravan range. I’ve always found Swift’s naming conventions a bit strange. Having said that it’s true of all manufacturers really.

This is a twin berth single axle caravan ideal for couples I guess, or 2 people in any case. You could look at any Sprite caravan in the range and get an idea of the interior finish. It’s the layouts that differ. Here’s the Sprite Alpine 2 layout:

As you can see, there’s no fixed bed.

I can see what Swift are doing here. This is the 4 berth Alpine, french style bed (don’t ask me why). This is the same layout as our very first caravan and it works really well. However, if you have children, or guests, realise that access to the toilet is right by your bed.

Can you guess from the name what this one is? No, me neither. This is a transverse bed, which can slide in and out for day / night use. We find this layout a little awkward if leaving the bed made, which most of us do.

EB – end bed. Some Swift Sprite caravans have a mid washroom and this is one such. This is the layout we currently favour. This does change from year to year of course! Very similar in size to the previous caravan. One of the noticeable things about the Sprite is how light they are (in relative terms) meaning you don’t need such a large tow car. Which os course is one of the reasons they are so popular.

EW – end washroom. You see, we’re getting the hang of Swift’s naming, I knew we would. But what’s the Quattro bit? (twin axle?) This is where the Swift Sprite Caravan range comes into its own with families in mind

As you can see, now the caravan is long enough to introduce a dinette. With an end washroom and French bed as well as the L shaped lounge, this really isn’t an ordinary caravan. It’s almost 8 metres in length but the MTPLM is quite reasonable for towing reasons. Having had a rear washroom, we’re not bit fans, however, each to their own. We find that if the washroom is at the back, the size is compromised. Thsi is a six berth caravan

This Swift Sprite caravan is FB – fixed bed, or possibly French bed, that would make more sense. A slight difference from the one above in that the bed is at the rear as is the washroom too. Twin axle, so the dinette can be added. This is a six berth caravan 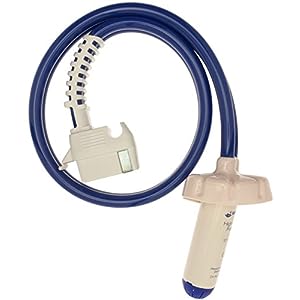