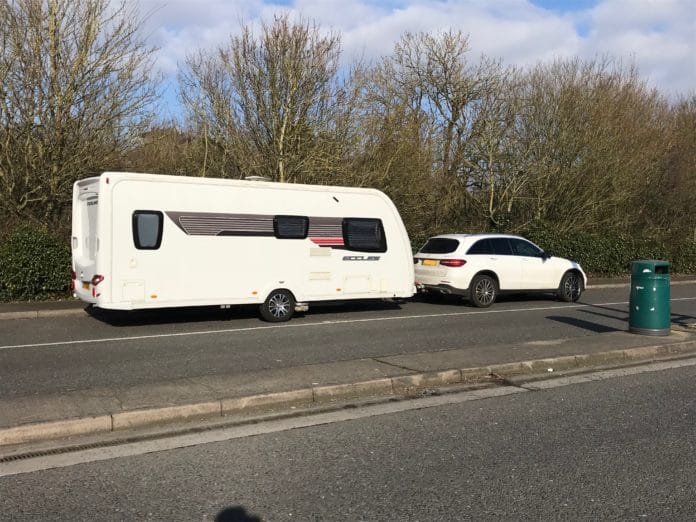 Tow Car: GLC 350d (ABC, factory fitted TowBar) Kerb-weight 1890Kg
Caravan: 2011 Sterling Eccles Ruby Maximum Technical Permissible Laden Mass MTPLM – 1600kg
The weight of the car compared with the weight of the caravan gives 84% match. It seems best advice is to keep it to max of 85% car / caravan weight ratio, although I’ve read also that the GLC can tow max of 2500kg, which would mean towing something heavier than the car? Anyway, I’ll stick to the 85% rule for now. It is suggested more experienced towers could afford to go a bit heavier with the caravan. 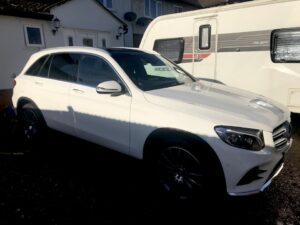 I’ve been towing a caravan since 2006, I’ve had various tow cars in that time from a C-Class Mercedes to a Range Rover Vogue SE, I’ve experienced both good and not so good. The car prior to the GLC was an Audi A6 saloon. We were never happy with the A6’s ability to tow. One of the biggest issues with the A6 was what I call “Caravan twitch”. This happens when you over take a lorry on the motorway and just as you’re passing it the caravan seems to get sucked into the lorry and you have to adjust the steering  to prevent the sway or twitch. It’s true that most if not all cars suffer from this, however, in varying degrees. The A6 for us bordering on unusable for towing. Either that or just never overtake anything, but really, being stuck behind a lorry doing 50MPH. Also, if you’re driving that slow because you’re too scared to over take, then lorries will overtake you and you get the same issue. This is something the other half began to dread. So, I used this as an excuse to buy a GLC, I mean, for safety reasons I bought a bigger car. However, the GLC isn’t a great deal heavier than the A6, which is itself quite a large car.

One great thing about the GLC is the rear view camera. Great for parking, and reversing from my drive, but even better for hooking up the caravan. The camera zooms into the area where to tow bar is and you get a handy yellow line that points the way. Simply line the yellow line up with the tow bar and you’re there. Very helpful and you don’t need someone shouting “left a bit, right a bit” etc. I’ve noticed when people direct you when you’re reversing onto a caravan, or indeed reversing a caravan they always stand in the blind spot, so you can’t actually see them. Or, they just signal without giving any spoken commands, so you can neither see, nor hear their instruction. Of course, the answer to this is to fork out for a motor mover, or be brave and shout “I can’t see or hear you”, count to 3 and wait for the response. No, on second thought, just buy a motor mover.

Behaviour On the Road

To be honest, I took a bit of an educated gamble when specifying the options on my GLC. I wanted a smooth ride, I’m not over keen on “sports suspension”, unless fitted to a sports car,  I didn’t want to bump down the road. I had an Audi Q3 S Line, which had “sports suspension” and when towing the caravan it seems to almost leave the ground if travelling down a bumpy road. Passengers in the rear would literally knock their heads on the ceiling, so I was keen to avoid this. I ticked the box on the Air Body Control option in an attempt to get as smooth a ride as possible. I’d read reviews, which I have to say were “mixed”. Mercedes couldn’t find a demonstrator I could test drive. In the end I felt that as it wasn’t something I could upgrade I either needed to take a leap of faith, or possibly regret it. I didn’t think it would make things any worse.

Of course, every review I read seemed to suggest that 20 inch wheels would make the ride hard. Good grief, I really wanted those 20 inch wheels. I convinced myself that a combination of 20 inch wheels and Air Body Control (ABC) would be a good choice. I’m pleased to report it was indeed a good choice. You could say that I just threw money at a problem and I wouldn’t argue, but, I did a lot of research, mainly reading reviews, rather than test drives. However, it was important for us to get a tow car that not only towed well and felt secure, but was also a good day to day car. Fuel economy is of course important as my nature mode of driving is to have the car’s computer screen set to current MPG, I can’t help it, it’s like some sort of bad habit I guess. It does ensure that I drive carefully though.

How Did It Tow?

So, how did the Mercedes GLC 350d tow? I hear you ask. OK, enough of my rambling, trying to justify to you why I got a GLC in the first place. The big thing here is how the car towed. Well, the car towed like an absolutely dream. No doubt helped by the 3.0 Diesel engine, but it really was rock solid. When overtaking heavy vehicles and when being overtaken by them there was no (very little) of the dreaded twitching.
We travelled to Birmingham and back, and for us it was about 300 miles combined. The caravan had no adverse effect on the car, it was a bit like having a heavy load in the boot then it was towing a caravan.
Fuel economy was 26.1mph going and 21.5mpg on the way back. I’m not sure why it was less coming back, it was more windy on the road, so it might have been that. If I’m really honest, I’d hoped for something more with regards to mph. Without the caravan on the motorway I get 40mph, so it’s quite a drop. But, it’s a 3 litre car, you can get a 2 litre diesel GLC that would probably do better mpg and tow just as well. I personally prefer a V6.

My GLC is certainly the ideal tow car. Much better than other cars I’ve had, with the exclusion of a Range Rover Vogue SE Supercharged 4.2, both then again that only did about 13 mpg!
I’m not sure if the optional 360 camera would have been even better than the rear view camera for hooking up the caravan, but the rear view camera as standard worked perfectly and really helped.
As a direct comparison to the A6 (our previous car) the GLC is much better. I think a combination of the car being higher, the engine being bigger and it being 4 wheel drive made it feel a lot more secure, especially with side winds. I also think the crosswind assist helped, with the caravan it did sway just a little, but really nothing to worry about.. https://www.mbusa.com/mercedes/technology/videos/detail/title-safety/videoId-55a6efe513247410VgnVCM100000ccec1e35RCRD 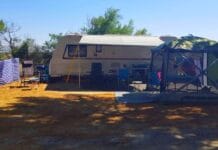 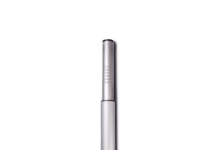 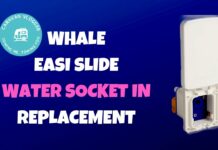