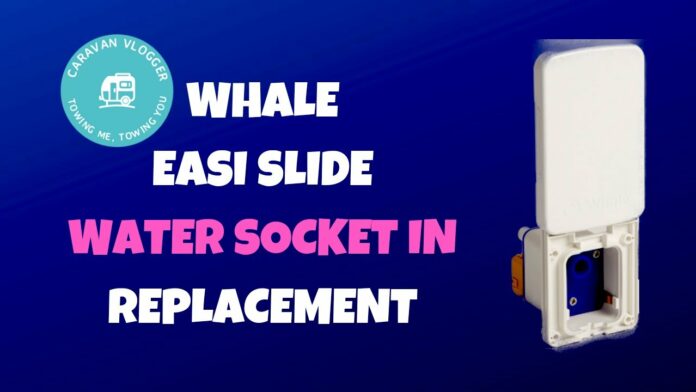 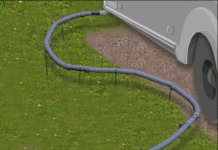 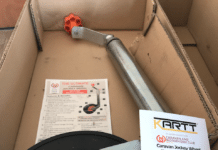 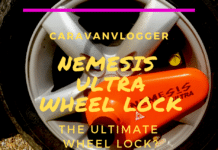 Nemesis Ultra Wheel Lock – Is It The Best? 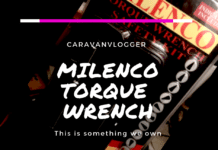 Whale Easi Slide Socket. On our Bailey Unicorn IV we have a whale pump system. It’s the first caravan that we’ve had Whale, previous being Truma and we’re pleased with it so far. The pump is much quieter than the one on our previous caravan with was a Sterling Eccles. Now, I don’t know if it was because of the age of the pump, or because those pumps just make more noise? Anyway, one thing we were glad of when we recently changed caravans is that I got rid of the annoying external BBQ flap. This would wave about in the wind as I drove along. I could see it out of the passenger wing mirror and it was one of those things I always meant to fix, but only noticed when I was driving!

I wouldn’t say that was the reason we replaced the caravan, that would be ridiculous, however, when I picked up our Bailey Unicorn IV Cartagena I did mention the fact, as we were on our maiden voyage that it was so nice to to see an external flap “flapping”. I was saying this through gritted teeth obviously, as anyone will know, when you first tow a caravan it requires nerves of steel and more concentration than a brain surgeon!

So, imagine my distress when our water in flap started moving about as if the ghost of our Sterling Eccles had come to haunt us. No, this can’t be happening. I know there are worse things that go on in life, but in our little Caravan world, this was a nightmare. AND we were planning to travel to the South of France in a couple of months time.

Once again I found myself in Victor Meldrew mode “I don’t believe it”. I even pulled over at the next lay-by, it’s probably just popped open. So I gently closed it. No, this isn’t right. Then I rather less gently tried to close it. In any case, I’m haunted by the return of the flappy flap.

As it’s quite a new caravan I should probably have taken it back to the dealership I purchased from and get then to replace it. However, the dealership is not local and it would probably involve an overnight stay, so the only option open to me was to fix it myself. Now because it wasn’t at the front of my mind and only annoyed me when we used the caravan I never attempted to fix it. I had planning to do it before we went to the South of France, but didn’t. So the whole way there and back my Whale flap spent its time waving away at anyone who cared to look, as well as anyone that didn’t.

I’d have to replace the unit when we got back.

Around the time of the NEC caravan show, I was researching how to do this and looking at a replacement Whale water in socket. To be honest, I didn’t even know what they were called, but I eventually found one. I’m a bit of a sucker for anything new and I noticed that Whale had brought out a new range of sliding sockets, which looks like they’re actually the answer to my prays.

Whale sent me a new Easi-Slide Water In Socket to try, I guess if I can fit it, just about anyone can?
Now, when it arrived I have to say I was more than a little nervous. This isn’t something I’ve done before and it’s a 1 year old caravan so letting me loose on it, even though it’s my own caravan was making me nervous and making Mandy wish I’ve never decided to undertake such a task. I’ll be honest with you, taking it back to the dealer just to have this replaced filled me with more dread and I didn’t want to wait until my next service. Also, in theory, it’s a very easy job. Well, let’s see…

Easi-Slide Water In Socket What’s in the box?

Rather than describe I how managed to fit it, I made a vlog, so that you can see step by step how it is done.

I’m very happy with the new socket and believe all caravans should be fitted with them from new. I understand this would have cost implications, so it’s not always possible. Would I recommend changing if you didn’t have an issue with your existing one? Probably not.

It has been mentioned about it affecting the warranty of your caravan. I’m happy enough that it won’t effect my warranty, but you’d be advised to check the wording of your warranty to satisfy yourself. The issue may be around any water ingress that might come into the caravan through the whale socket I fitted. I think if you follow the instructions that come with the socket you should be OK. Just make sure you seal it correctly, as you’ll see from the video I used specialised mastic tape.

NEW Vlog. Getting things ready for the new #caravan season

Thanks to @MumOnAMission3 for the nomination. 7 photos 7 days no words normal life. In my case to porridge photos. I nominate @loveofcaravans